The market in the past decade has seen a big increase in electric propulsion utilization. While traditional chemical propulsion is still the dominant technology for GEO communication satellites, the market is adopting more and more electrical propulsion. By 2017 nearly half of the ordered satellites contained electric propulsion technology. Up to now this technology has been ordered by all the major satellite operators and its adoption seems to be a standard now. While this seems to be an irreversible trend for GEO satellites, also small satellites (<500Kg) in LEO orbit are adopting this technology mainly for electric orbit raising, orbit corrections, collision avoidance and deorbit. 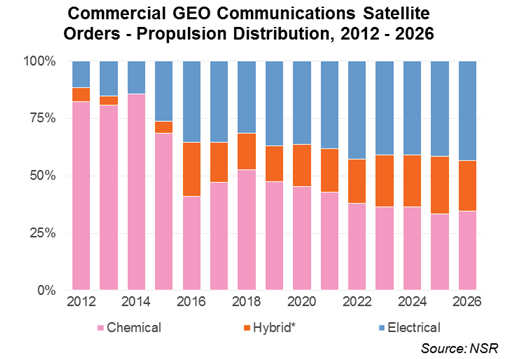 At the same time, the EU is seeking for a disruptive technology that creates new opportunities in the space industry. One driver of this disruption is the emergence of small satellites (<500Kg) which are becoming more performant and will be increasingly used in constellations.
The advantages of iFACT shown below will make this technology appealing to be considered as a standard EPS for the next generation of small satellite constellations.

As one of the biggest disruptions in the satellite industry is the mass manufacturing of components and the involved industrialization, iFACT will be designed in a way that it can be industrialised and produced at a lower price than competing technologies.

These will make iFACT a very attractive EP system. In the short term, it is expected that such an EP system can be taken into consideration for some of the satellites being planned to be launched in 2023-2024, which according to NSR account to more than 1000 satellites. While some of these satellites will already have their design frozen by 2021 some of them might be very open to use a more efficient EP system. 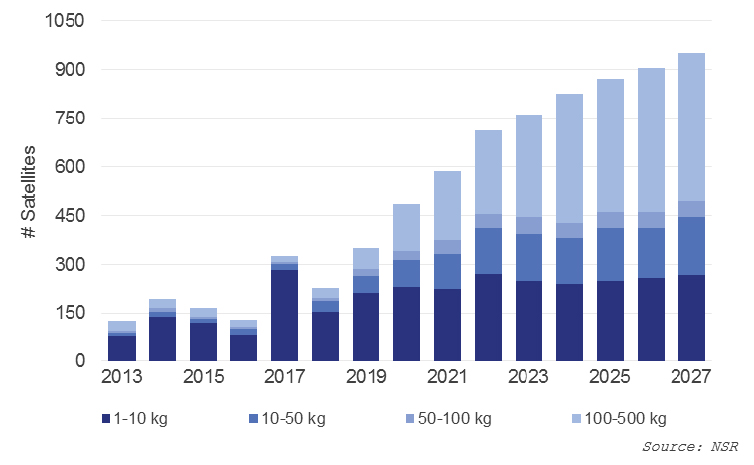 The development of this technology will ensure that key know-how is developed by the European industry. Even though most of the mega constellations are not being driven from within Europe, the need of cost-efficient equipment leads to global procurement strategy. This is where the iFACT technology can play an important role to supply a worldwide demand of cost-efficient EP systems.